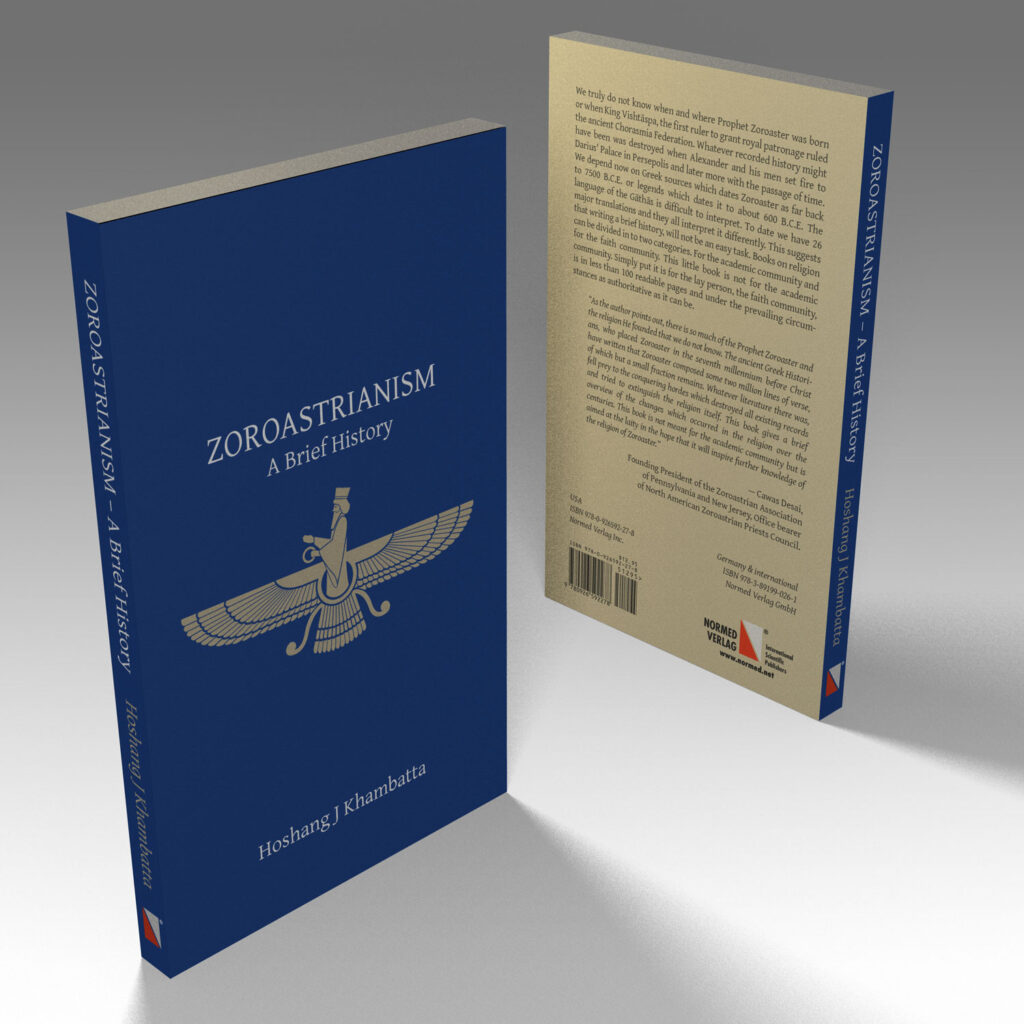 We truly do not know when and where Prophet Zoroaster was born or when King Vishtāspa, the first ruler to grant royal patronage ruled the ancient Chorasmia Federation. Whatever recorded history might have been was destroyed when Alexander and his men set fire to Darius’ Palace in Persepolis and later more with the passage of time. We depend now on Greek sources which dates Zoroaster as far back to 7500 B.C.E. or legends which dates it to about 600 B.C.E. The language of the Gāthās is difficult to interpret. To date we have 26 major translations and they all interpret it differently. This suggests that writing a brief history, will not be an easy  ask. Books on religion can be divided in to two categories. For the academic community and for the faith community. This little book is not for the academic community. Simply put it is for the lay person, the faith community, and is in less than 100 readable pages and thus under the prevailing circumstances as authoritative as it can be.

The booklet provides a brief history of the genesis of the Zoroastrian faith and how it has been modified during the Achaemenian and Sassanian Dynasties. It is the oldest of the continuously practiced monotheistic religions. Zoroastrianism is the religion of free will excellence. Each man is faced with a choice between the Truth and the Lie, Righteousness and Unrighteousness in every level of human activity.

The Parsi is what one would call an educated person, but has very little knowledge of his own religion. The liturgy is in a language he does not understand. Nevertheless, he recites this with fervor. He does know the cardinal principles of his religion, namely, good thoughts are good, good words are better and good deeds are the best and makes an honest attempt to live by these principle. It is ingrained in him that he must look after the less fortunate members of his community and this he does. He does not limit his giving to fellow Zoroastrians only but also contributes to the general good. Wealth is not a dirty word in his lexicon. He regards wealth as a material counterpart of moral excellence, holding honesty, righteousness and generosity as cardinal values.