Real Zarathustra would not have spoken thus. 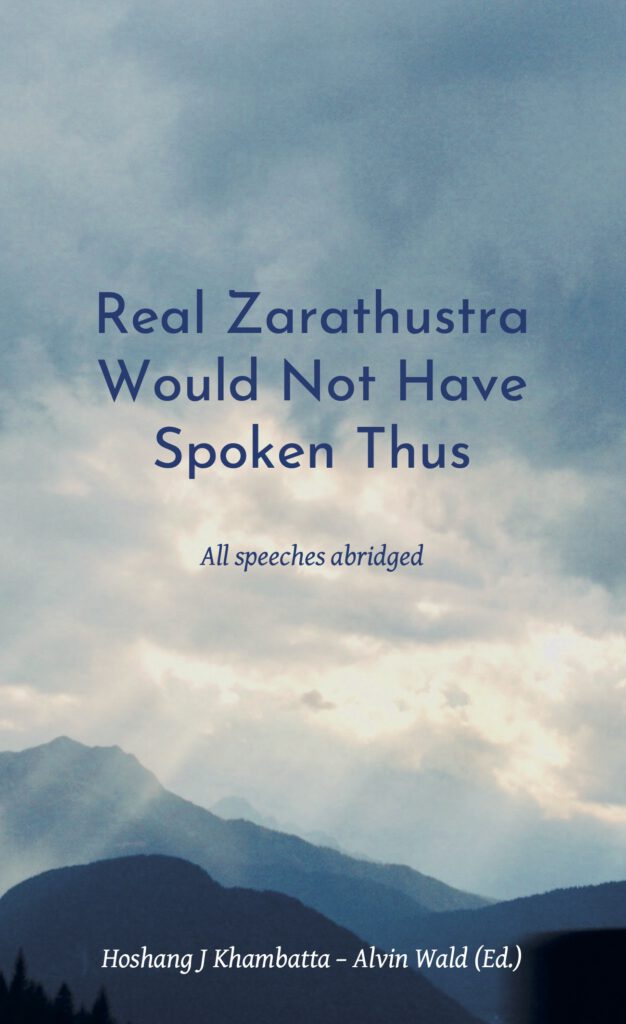 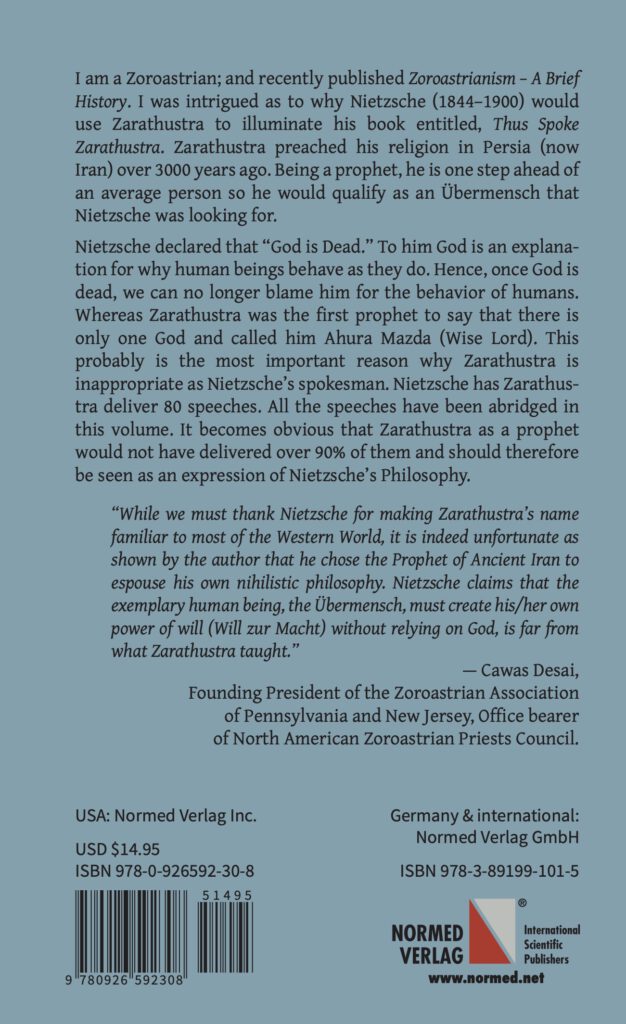 It took Nietzsche just about a month to write the entire book. It took me several months and more than one reading, to absorb its contents. After having spent so much time on the book, I decided to publish, my own interpretation, in an abridged version in colloquial English. Hopefully, unlike Nietzsche’s version, my version will achieve some small success before its posthumous appearance. The late Professor Walter Kaufman, on the cover of his book “Basic Writings of Nietzsche” has said that “Nietzsche is one of the few philosophers Introduction XIX since Plato who a large number of intelligent people read for pleasure.” I hope that this brief interpretation of Nietzsche’s most famous work will encourage the reader to turn to the original, albeit in English, as it was written in biblical style German, indubitably some of the best prose in the German language. – Hoshang J. Khambatta